Puerto Rico is blessed by a rich musical legacy that includes dozens of intricate melodic forms like the Danza, Seis, Aguinaldo, Plena and Bomba, among others.  These diverse musical forms developed over time, in large part due to the intermixing of diverse cultures on the island: the Tainos of Puerto Rico, European colonists, and enslaved people from West Africa.  Few Puerto Ricans have ever heard how these forms were actually played and how they sounded a hundred years ago, at the beginning of the twentieth century. Fortunately a small number of recordings of that period have been preserved. In this article I discuss several examples of the earliest recordings of traditional Puerto Rican Jibaro music, including the earliest recordings of Puerto Rico's national instrument- the Cuatro.

I recently acquired a four minute, 1909 Edison Amberol cylinder of a Puerto Rican singer named Gracia Lopez.  This extremely rare and obscure recording peaked my curiosity and desire to learn more about early recordings of Puerto Rican traditional music and more about this recording in specific.  I was fascinated to learn that some of the very earliest recordings of Puerto Rican music included a considerable amount of traditional Puerto Rican Jibaro music.  While most of these recordings are no longer available, or are extremely difficult to find, I was fortunate to obtain several which you will have the opportunity to hear and enjoy further below in this article.

Besides the 1909 Gracia Lopez recording, you will also hear two additional songs recorded in 1910 that feature two jibaro singers named Parrilla and Carrillo. They are accompanied by a guitar, cuatro and a bordonua.  These recordings allow us to hear for the first time how these early Puerto Rican stringed instruments actually sounded and how they were played—some of them instruments and playing styles that have long since disappeared from memory. For example, the four-string cuatros which appear in these recordings have long since disappeared from the musical scene, and so have the tiples and bordonuas. The latter two have only just recently begun to be re-created today by artisans and instrument preservation groups such as the Puerto Rican Cuatro Project.

These recordings are of special interest to preservationists and researchers because they represent the only available evidence of the actual sounds of long-disappeared instruments native to Puerto Rico.  Indeed, barely a decade or two after these recordings were made, the early instruments heard on these recordings began to slowly fade away from the music scene--only to be replaced by a new ensemble consisting of a Spanish guitar and a new, 10 metal-string, violin shaped, "modern" cuatro, which was tuned and played completely differently from the old cuatros heard on the recordings. The "modern" cuatro's sound became the ascendant form, especially after it was widely heard over radio waves in the hands of "cuatristas" like Ladislao Martinez in 1932.  Now only a few actual instruments like the ones heard in these 1909 and 1910 recordings survive as unplayable relics in museums.  Thus, these recordings have become important, tangible and historical evidence of these now extinct musical instruments, as well as how early traditional music from Puerto Rico actually sounded.

To fully appreciate the rarity of these recordings, consider that these recordings were made during a time when Puerto Rico had been approximately ten years under United States’ colonial rule.  The fact that these early recordings feature Puerto Rican Jíbaro music sung in Spanish is interesting since the Foraker Act of 1900 established that English was co-official with Spanish. During that time, the North American government was making a concerted effort to impose the English language in schools and in governmental offices.  Very sparse documentation exists regarding early recordings of Puerto Rican music, and very little research has been done in this area.  During the recording industry’s early beginnngs (1900 to 1910), few recording companies travelled to Puerto Rico, or recorded material from Puerto Rico.  Indeed, few recordings from that era survive today and virtually all of the surviving recordings from that era reside in private collections that are virtually inaccessible.  As such, having these recordings available is truly remarkable and will help to advance research about Puerto Rican music during the early part of 1900. 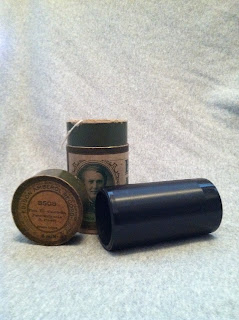 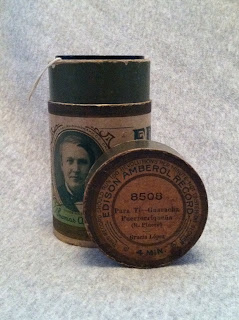 It is important to note the historical significance of this recording.  Gracia Lopez was the first Puerto Rican woman to record Puerto Rican music outside of Puerto Rico.[3]  This recording represents the first recording of a guaracha in Puerto Rico, as well as the first time that an extensive series of traditional Puerto Rican music piece were recorded in one recording session.  Also, notice the diverse melodies recorded during this session: four danzas, four traditional songs (copla, tipica, baile jibaro, popular), three canciones and one guaracha.  In addition, note that the seis chorreao' - a very fast melody played on the cuatro to accompany decimas - is referred to as a baile (a dance) and not as a melody.

Regarding the musical instruments backing up the singer, we can hear a cuatro, guitar (perhaps it is a bordonúa) and a güiro (a gourd used as a percussive instrument).  This recording may represent the first time that a cuatro and a bordonúa (if this is indeed a bordonúa) are recorded in Puerto Rico.  In fact, researcher and Puerto Rican Cuatro Project founding member, Juan Sotomayor believes that the lead melody instrument is an early four-course single-string cuatro, accompanied by a guitar or possibly a bordonúa (we are open to others’ suggestions and observations).  It is also interesting to note that the cuatro player is playing in a tremolo style, a style that was all the rage at the time in Europe and America played on the mandolin and on Spanish melody instruments like the bandurria and the nuevo laúd.  Finally, this recording may represent the first time that a güiro is recorded in Puerto Rico.


One year after the Gracia López recording sessions in New York, Columbia records traveled to San Juan and recorded over 100 songs, of which approximately eight songs featured traditional Puerto Rican jíbaro music.  In his seminal book A Discography of Ethnic Recordings Produced in the United States, Richard Spottswood provides a detailed listing of these recordings by artist, song and location where the songs were recorded[4] (see chart below).  Interestingly, the majority of the recordings included danzas, canciones, as well as popular music of the day, recorded by approximately eight different performers (orchestras, groups, or singers) including Orquesta Cocolia, Orquesta Tizol, Orquesta Andino and Parrilla, among others.

Through article I will highlight portions of two recordings that feature traditional Puerto Rican music from this historical recording session: “Seis Mampelle” and “Seis Marianda,” both songs performed by a singer identified as Parrilla. [5]   While we know very little information about the singer Parrilla, we know from the recording itself that “Parrilla” is accompanied by a singer named Carrillo (as identified below) on both songs.  Interestingly, in traditional Puerto Rican Jibaro music, decimas performed by two singers are known as a controversia (literally, a “duel” between two singers). 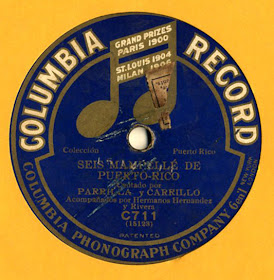 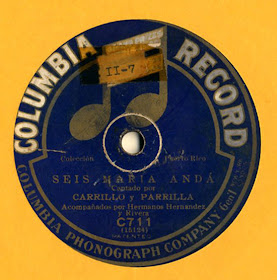 On the flip side of the recording is a song titled "Seis Marianda," another melody used to accompany décimas. However the actual recording is not a marianda as we know it today, but rather a seis del dorado, a very fast seis used to accompany a decima.  The song "Seis Marianda" is the first time that a Seis del Dorado is ever recorded in Puerto Rico. In addition, the song "Seis Marianda" may represent the first time that décimas are ever recorded in Puerto Rico.  I have no evidence in my collection or in Spottswood that a décima was recorded prior to this 1910 session in San Juan.
Regarding the instruments, the recording features a tiple-like instrument tuned a pitch higher than what one would hear on the now virtually extinct four-string cuatro, or modern-day five double-string cuatro.  Researcher Juan Sotomayor believes that the instrument could be a three-string tiple.  The recording also references the name Rivera on the recording.  Although we are not certain, we suspect that the Rivera on this recording could be Joaquin Rivera (el Zurdo de Isabela), an important figure in early recordings from Puerto Rico who recorded in 1916 and 1917 in both San Juan and New York with the groups Quinteto Borinquen, as well as Rivera’s Native Porto Rican Orchestra on the Pathé label (see picture below).  According to Juan Sotomayor, during his interview of Joaquin Rivera’s son he mentioned that his father had recorded in 1910 in San Juan using a rare eight string cuatro. 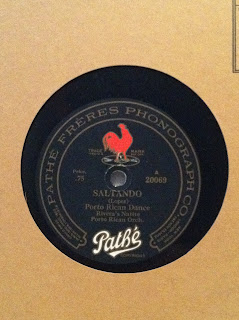 Picture above: Pathé recording of Rivera’s Native Porto Rican Orchestra
The other accompanying instruments could be a six-string bordonúa, as well as an unidentified instrument sustaining a thumping-like sound. We believe this could be a cajón, or the percussive-like sound generated when thumping on the guitar box. Finally, it is important to note that eight of the nine recordings in this session were seises and aguinaldos, which were (and continue to be) the foundation for the melody and rhythm of Puerto Rican Jibaro music.
Conclusion
Much of what we know about early traditional Puerto Rican music comes from oral tradition, as well as some documented literature.  These recordings offer tangible evidence of the earliest recorded sound of the Cuatro, as well as traditional Puerto Rican music.  It is my hope that this information will assist others to expand our base of knowledge of early recorded music from Puerto Rico.
This article would not have been possible without the support and assistance of my colleagues William Cumpiano, Juan Sotomayor, Veronica Gonzalez and my father, Antonio Morales. Audio samples of seises and aguinaldos are by the late cuatrista Efraín Vidal, recorded by David Morales and William Cumpiano for the Puerto Rican Cuatro Project
FOOTNOTES